Inbox by Gmail for Educators Part 1

Email is something that has always just worked. We never really stopped to think if it was efficient or not. We just accepted it. We get an email and if we need to look for it later we just search and scroll around til we found it.

Well someone at Google decided to change the way we think email should work. Enter Inbox by Email. Inbox came out a couple years ago and like everything else with technology I jumped in. I used it with my personal email accounts for a few days and decided it wasn't for me. I can't really point my finger at one thing, it was just different. Then a few months later it was available for GAFE accounts.

Our district uses Outlook for email. I have never been a fan, so I decided to try it out. I simply

forwarded the Outlook account to our GAFE account. And within a few days, I found out that email could be "re-imagined". There is something nice about opening up my email and seeing this screen. Whereas my old email box always seemed cluttered and busy, Inbox works for you and only puts the important emails front and center. Inbox makes email more useful and introduces new ways to think how email should work.

So the question you might be having right around now is, why should I switch? Well, I have put together a list as to why you might want to make the switch and look into using Inbox. This first part will look at some of the new features that Inbox brings to email.

This is probably one of the strongest features introduced with Inbox. Ask yourself if this sounds familiar, you have a special bell schedule for an assembly. You are sent the schedule a week in advance. Then the day of the schedule comes up and you don't know where the schedule is. You then spend a few minutes trying find it. Snooze takes care of that problem. Now when you get that email, you can Snooze it to the day of the assembly. Inbox will basically "re-deliver" the email again. So it will pop up again like it is being delivered for the first time.

That in itself is impressive, but Snooze can also be used with locations. If you have the app installed on your phone, you can Snooze an email to come back when you get to a certain location. Have a meeting at the district? Is there an agenda attached to an email? Snooze it to come back when you reach the district. As soon as you reach your destination, Inbox will use your phones location and re-deliver it.

This is another new feature Inbox has. Done is what allows you to keep your Inbox clean. Right now if you want a clean inbox, you need to either delete the emails or move the emails into folders. Inbox focuses on the emails you want to see. If you don't want to see them, you can just mark them Done. The nice thing about Done is that the emails aren't deleted. They are just moved from the main Inbox. This keeps your Inbox clear of any junk or unimportant emails that are in there.

Bundled works to put all the emails into a separate folder. Now this feature has a similar function in Outlook, but Inbox takes it a little further. First off, it is easy to set up. If you put an email into an existing Bundle, Inbox will ask if you want to do this all the time.  The killer feature that Inbox introduces is the ability to have Bundles appear in your Inbox when you want them too. For example, I get a lot of newsletters from certain sites. I don't have time to look at them as they come in. So have Inbox set up to put the emails into a Bundle and only have that Bundle appear in my Inbox once a week.

Ever read something and write a post it note to remind yourself of something? Well Inbox has a Reminder feature built in. This has replaced post it notes for me. I get something and simply create a Reminder. Reminders are automatically pinned to the Inbox. And like everything else, you can set your Reminder for a date/time or location.

Those are some of the new features that Inbox brings to email. It will seem different at first, but give it some time. Inbox will change the way you think of email. The next part will focus on some of the other features that make Inbox worth the switch.
Posted by Kevin at 4:59 PM No comments: 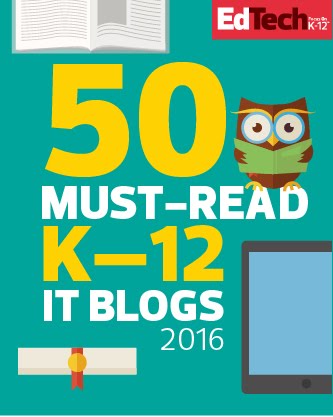